Advertiser Disclosure: Travel Freely is an independent, advertising-supported web site. So that we can offer this amazing software to our free travelers, this site is part of an affiliate sales network and receives compensation for sending traffic to partner sites, such as CreditCards.com and CardRatings.com. This compensation does not impact how or where products appear on this site. Travel Freely has not reviewed all available credit card offers on this site. If you travel to a limited number of places and Hyatt hotels are convenient for where you need to go, World of Hyatt offers some excellent benefits for top-tier Globalist elites, including free breakfast and suite upgrades. Globalist status is relatively hard to obtain – it requires 60 nights in Hyatt hotels, and there are few shortcuts – so you’re not competing with as many people for elite benefits.

If you need access to a broader portfolio of hotels, check out Hilton Honors or Marriott Bonvoy. While their free night awards are more complex and less predictable than Hyatt or IHG, they do offer some valuable perks like free breakfast (for Hilton Gold and Marriott Platinum elites) and room upgrades. If you tend to have frequent short stays, you can earn Hilton status faster than Marriott, although Hilton status is also easy to obtain by simply opening credit cards.

If you want to easily rack up rewards to use for free nights, IHG Rewards Club is probably your best bet. This hotel chain is probably best known for its Holiday Inn and InterContinental brands but includes a dozen others like Kimpton, Crowne Plaza, and Hotel Indigo. IHG regularly offers promotions that allow you to earn tens of thousands of bonus points, IHG has over 5,000 hotels in 100+ countries, and award nights range from 10,000 to 70,000 points per night. 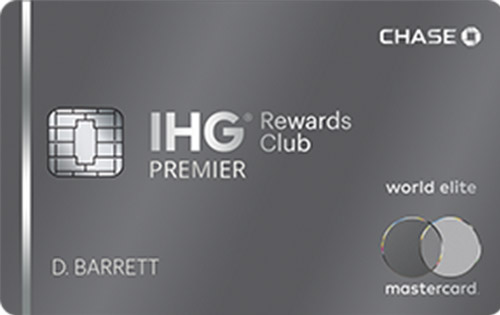 For business travel, you’re probably going to want to focus on either one of the big three airlines (American, Delta, and United) or one of the smaller carriers that still have a significant network (Southwest, Jetblue, and Alaska). Which airline is right for you is going to depend a lot on where you live and where you most frequently travel, since every airline has different strengths and weaknesses in their route network.

Most US airlines have a strong presence in New York and Los Angeles. Beyond those cities, here’s a broad overview of what the US landscape looks like:

You can typically obtain low- or even mid-level status with most hotel programs simply by holding a credit card from that hotel chain. For example, the IHG Rewards Club Premier card gives you automatic Platinum status (its middle tier), the World of Hyatt credit card will get you entry-level Discoverist status, and holding any of Marriott’s credit cards from Chase or American Express will get you at least Silver status (its top tier Bonvoy Brilliant card will give you Gold). 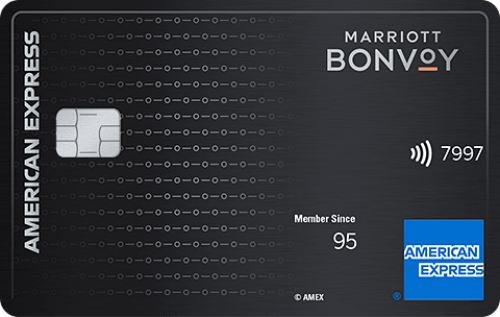 Hilton, however, offers by far the easiest status to acquire from credit cards: you’ll get Silver status with a no annual fee Hilton Honors credit card, and you can even obtain top-tier Hilton Diamond status with the Hilton Aspire credit card.

For most business travelers, opening a couple of hotel credit cards will give you enough status to enjoy benefits at various hotel chains while maintaining flexibility to pick the best rates and locations. If you’re looking to obtain higher status though (or just not looking to open a bunch of credit cards), Hilton is still the easiest to achieve for many people since you can qualify based on the number of stays rather than the number of nights. IHG is also relatively easy to achieve since you can qualify on either points or nights (and points earned by spending money on their credit card count toward elite status), but the IHG program doesn’t offer as much in the way of elite perks as the others. Airline programs are somewhat more complicated than hotel programs, and more geographically dependent. Here’s a rundown of the programs that offer the best value for business travelers, and why.

If you live on the West Coast or travel there frequently, Alaska offers perhaps the easiest path to the elite status of any US airline. That’s because while most frequent flier programs tie your elite status to spending a certain amount of money with the airline every year, Alaska’s elite program is based solely on the distance you fly. You also earn miles based on the distance you fly rather than the amount of money you spend, which distinguishes Alaska from other U.S. airline programs.

The main downside to Alaska is its limited route network outside the West Coast. While most large and medium-sized cities elsewhere in the country have at least 1-2 flights a day on Alaska, they’re all to one of its West Coast hubs, so you don’t have the same number of options as other carriers. For international travelers, although Alaska has a number of useful airlines among its Global Partners, in most cases your Alaska elite status won’t be recognized when traveling on those partners like it would if you had status with American, Delta, or United.

If Alaska doesn’t make sense for you, you’re probably going to be looking at one of the big three global carriers. Over the years, these three programs have become largely indistinguishable from one another. Here’s what the status qualification requirements look like:

Each program offers standard benefits like bonus miles (you’ll earn more award miles for each dollar spent), priority lines, free checked bags, priority boarding, and priority phone numbers for customer service. Mid-tier elites gain lounge access when flying internationally, on their airline and most of its partners. Each airline also offers the ability to waive at least part of the qualifying spend requirement by spending a certain amount of money on the airline’s credit card (starting at $25,000). Other benefits vary slightly depending on the airline:

Since the programs are so similar, for most people it’s going to make the most sense to select the airline that has the most service to where you live and where you travel. If you have a truly equal choice between two carriers, though, you can take these differences into account.

Since Southwest doesn’t charge any of its travelers for change fees or checked bags and doesn’t have preferred seating, its A-List and A-List Preferred elite programs are fairly limited. You’ll receive priority boarding (as the name suggests, you’ll almost always find yourself in the A boarding group), free same-day flight changes, and priority lines at the airport counters; A-List Preferred members also get free in-flight WiFi.

Southwest does have one jaw-dropping element of its program for extremely frequent fliers: the Southwest Companion Pass. If you take 100 flights or earn 110,000 points in a calendar year (including points earned from Southwest credit cards), you can designate a single companion who can join you on any Southwest flight (on both paid and award tickets) for just the cost of taxes and fees. This could make Southwest very compelling if you travel with a partner! 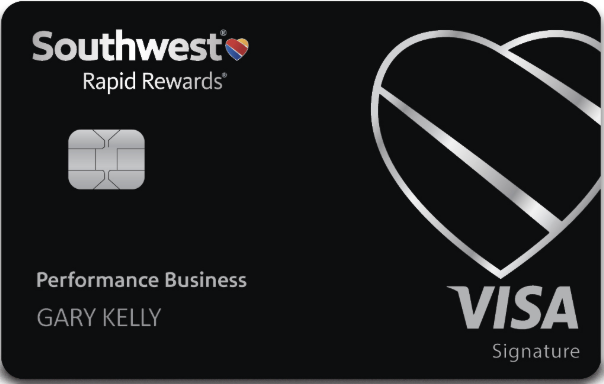 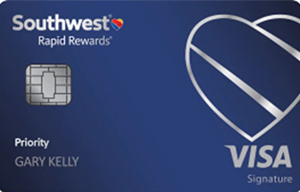 JetBlue has just one elite status tier, Mosaic, which requires either $5000 in spending on JetBlue flights or $4000 in spending plus 30 flight segments. (You can also obtain this status by spending $50,000 on a JetBlue credit card). Like Alaska, JetBlue waives change fees for its elite members. Mosaic members also get complimentary alcoholic drinks on board, a unique benefit among US carriers (other airlines only offer a single free drink).

Jetblue does have a handful of partner airlines but generally speaking it’s much more difficult to get outsized value from JetBlue points than from other programs, so JetBlue status is mostly useful if you live in New York, Boston, or Los Angeles. 101 recommended approach for absolute beginner switching from debit cards (cards to get and which hotels, airlines to prioritize)

If you’re lucky enough to be able to put business expenses on your personal credit card and get reimbursed, business travel can be an incredibly lucrative source of points and miles with the right combination of credit cards. And even if you’re required to use a corporate card, some credit cards offer significant perks just for holding them. If you’re a business traveler new to credit cards, here are a few steps to follow.

#1: Pay off your credit cards every month. Credit cards that earn miles and points have extremely high-interest rates, which far outweigh the rewards you can earn from using the card.

#2: Start off slow. Credit card companies will likely become concerned if you apply for a bunch of credit cards all at once – they’ll think you’re struggling with your finances. You may also find it difficult to be approved for premium cards if you don’t have much of a credit history – if that’s the case, a more basic airline or hotel card may be a good place to start or even a no-annual-fee card that’s part of a larger rewards program like the Chase Freedom Unlimited or the American Express EveryDay.

#3: Chase comes first. Chase has the most restrictive rule when it comes to approving applications for new credit cards, commonly called the 5/24 rule: if you’ve opened 5 or more new accounts with any bank in the past 24 months, you won’t get approved for most Chase cards. That means if you’re looking to open new credit cards, you’ll want to start with Chase if you’re eligible.

#4: Start with a credit card that offers solid rewards on travel. For most business travelers, the Chase Sapphire Reserve is a solid bet: you’ll get 3 points for every dollar spent on travel and restaurant purchases, a $300 travel credit every year, a Priority Pass for airport lounge access, and a credit of up to $100 to enroll in Global Entry or TSA PreCheck. The points you earn with the card can be transferred to airline and hotel partners or redeemed directly for travel at a value of 1.5 cents per point.

If you don’t have much of credit history, consider starting with another Chase card first like the Chase Freedom Unlimited: you’ll still earn valuable Chase Ultimate Rewards points, and if you sign up for the Sapphire Reserve later you can transfer those points to the new card.

#5: Open a credit card with your preferred hotel chain. As mentioned above, hotel credit cards generally offer some level of elite status just for holding the card, which will immediately improve your experience at those hotels. You’ll also earn more points for every stay with your elite status, and even more if you use the card to pay for stays at that hotel chain.

#6: Sign up for a credit card with your preferred airline. Besides earning a significant number of points for signing up and meeting a minimum spending requirement, most airline credit cards offer perks like free checked bags, priority boarding, and discounts on in-flight purchases when flying that airline. United even makes more award tickets available to its credit cardholders. How to Get Started

Am I Eligible for a Business Card? Your next vacation could be free with TRAVEL FREELY.

This Month: Our top ranked business card bonus is worth $1,500+ in free travel!